Archive for the ‘Communication’ Category

Below is an email I sent to a bus company last week. I would have phoned but they don’t allow that – maybe they don’t want to make it easy for their customers or the public to get hold of them. Given what I have experienced, I can see why they wouldn’t want to answer the phone.

“I want to report a near hit (presume your driver has already done so). At about 10.15 on 3 July I was traveling in the left hand lane on Durham St heading towards Brougham Street when your driver (Number plate) in the right lane next to me turned left into Stanley Street. I saw him as he was turning and accelerated which avoided him turning into my rear back door at approximately 50 kmh. While I appreciated him stopping and talking to me, he was more concerned with any potential damage to his car rather than almost causing a serious crash. Regards Kyle McWilliams”

Given the potential seriousness of the above, I would have thought I would have received a prompt reply. Almost a week later, nothing. Oh well, lucky driving isn’t a core activity of a bus company.

Normally I don’t name organisations, but I have given these guys plenty of time to do something and they have chosen not to.

These builders are doing work next door. They decided to put a skip over the footpath and the shared driveway right next to the corner. After a discussion with them, these are the outcomes.

1. They know there is a covenant on the driveway to keep it clear, yet they have knowingly ignored this. Not sure if they are breaking a law, but I would think unethical at best.

2. When I pointed out that the bin was a hazard (as you can’t see it coming round the corner in the dark, and it makes driving very tight), they asked if I wanted a fence there? I wonder if it their policy to ask lay people how to manage risks and hazards on their site? Are they not capable of doing this themselves?

4. Surprise, surprise, there is construction rubbish over the driveway.

In their defence, they did put a couple of cones up. I do hope these are those special magic cones that deal with all the above … though I doubt it.

Amateur hour? The skip has been there for almost a week now, so I think we are well past that. Agility Building Solutions are more Statically Building Problems.

Posted in Communication, Leadership | No Comments »

Not a classy place but FUN!

We were really fortunate to see the New York Knicks play. 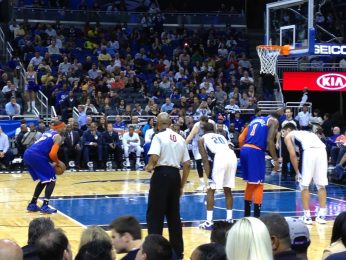 Indoor sky diving – this was so cool! 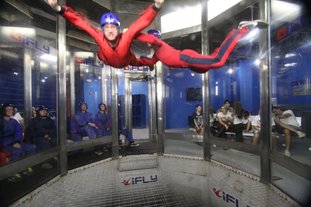 One of the many roller coasters to be enjoyed. 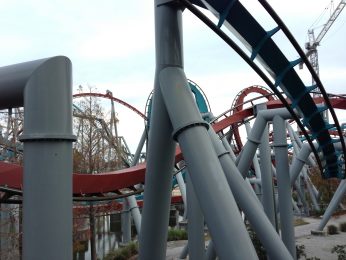 Posted in Communication | No Comments »